What Are Security Controls?

At the most fundamental level, IT security is about protecting things that are of value to an organization. That generally includes people, property, and data—in other words, the organization’s assets.

Security controls exist to reduce or mitigate the risk to those assets. They include any type of policy, procedure, technique, method, solution, plan, action, or device designed to help accomplish that goal. Recognizable examples include firewalls, surveillance systems, and antivirus software.

Security controls are not chosen or implemented arbitrarily. They typically flow out of an organization’s risk management process, which begins with defining the overall IT security strategy, then goals. This is followed by defining specific control objectives—statements about how the organization plans to effectively manage risk. For example, “Our controls provide reasonable assurance that physical and logical access to databases and data records is restricted to authorized users” is a control objective. “Our controls provide reasonable assurance that critical systems and infrastructure are available and fully functional as scheduled” is another example.

Once an organization defines control objectives, it can assess the risk to individual assets and then choose the most appropriate security controls to put in place. One of the easiest and most straightforward models for classifying controls is by type: physical, technical, or administrative, and by function: preventative, detective, and corrective.

Administrative controls refer to policies, procedures, or guidelines that define personnel or business practices in accordance with the organization's security goals. These can apply to employee hiring and termination, equipment and Internet usage, physical access to facilities, separation of duties, data classification, and auditing. Security awareness training for employees also falls under the umbrella of administrative controls.

Detective controls describe any security measure taken or solution that’s implemented to detect and alert to unwanted or unauthorized activity in progress or after it has occurred. Physical examples include alarms or notifications from physical sensor (door alarms, fire alarms) that alert guards, police, or system administrators. Honeypots and IDSs are examples of technical detective controls.

The table below shows how just a few of the examples mentioned above would be classified by control type and control function.

To provide threat intelligence that’s actionable, F5 Labs threat-related content, where applicable, concludes with recommended security controls as shown in the following example. These are written in the form of action statements and are labeled with control type and control function icons. They’re meant to be a quick, at-a-glance reference for mitigation strategies discussed in more detail in each article.

Security practitioners implement a combination of security controls based on stated control objectives tailored to the organization’s needs and regulatory requirements. Ultimately, the goal of both control objectives and controls is to uphold the three foundational principles of security: confidentiality, integrity, and availability, also known as the CIA Triad. 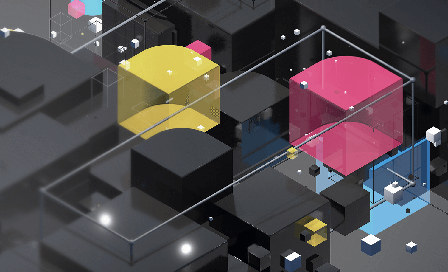