The title of this report is not a typo. “The State of the State of Application Exploits in Security Incidents” is a meta-analysis of several prominent industry reports, each of which covers the state of application security.
By The Cyentia Institute (additional contributions by Raymond PomponSander Vinberg)
25 min. read

Data analysis for this report was done by the Cyentia Institute, a team of extraordinarily experienced analysts whose focus is advancing cybersecurity through rigorous scientific research. F5 Labs provided data and additional analysis.

For more “regular” security events, Cyentia analyzed Verizon’s Data Breach Investigations Report (DBIR) with its tens of thousands of security incidents from scores of diverse sources each year. There were 4,862 incidents (17% of all incidents) fitting under Application Security in the 2021 report and 1,384 were confirmed data breaches (26% of all breaches). That ranks web application attacks #2 for both incidents and breaches.

Analysis of multiple data sources corroborates what both the IRIS-X and DBIR showed: web application exploits are among the most common techniques observed in security incidents. Data from the F5 Security Incident Response team (F5 SIRT) from 2018 through 2020 was analyzed as well. F5 customers can escalate issues to this team, so it’s a good window into threats that can't be controlled with a simple internal solution

All these data sources and statistics range widely in terms of scope, methods, quality, etc., making it a real challenge to synthesize findings across them. But there’s “so-so” agreement among them that Web application security is a really big deal among really big incidents. In the details, overall injection attacks and cross-site scripting rank the highest.

The Cyentia Institute is a research & data science firm with a mission to advance knowledge in the cybersecurity industry. We accomplish this by partnering with vendors and other organizations to publish a range of high-quality, data-driven content.

Raymond Pompon was the Director of F5 Labs. With over 20 years of experience in Internet security, he has worked closely with federal law enforcement in cyber-crime investigations. He was directly involved in several major intrusion cases, including the FBI undercover Flyhook operation and the NW Hospital botnet prosecution. He is the author of IT Security Risk Control Management: An Audit Preparation Plan published by Apress books.

Sander Vinberg is a Threat Research Evangelist for F5 Labs. As the lead researcher on the Application Protection Research Series, he specializes in the evolution of the threat landscape over the long term. He holds a master’s degree from the University of Washington in Information Management, as well as bachelor’s degrees in History and African and African-American Studies from the University of Chicago. 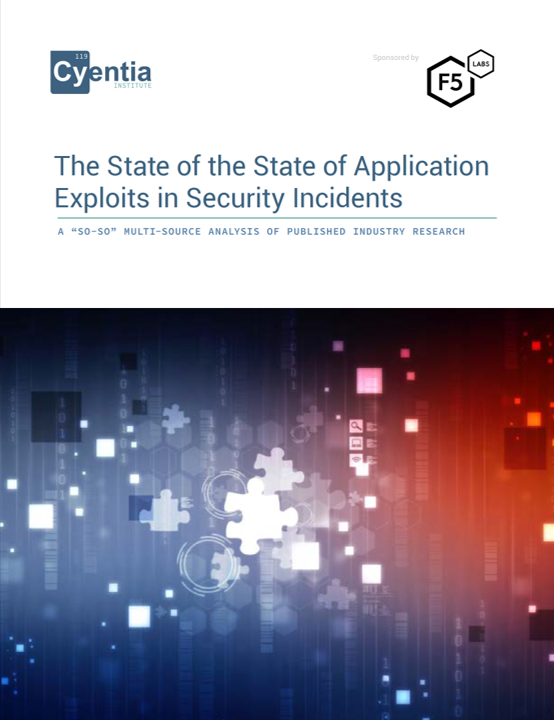 Ransomware February 15, 2022
2022 Application Protection Report
Learn how the threat landscape evolved in 2021 so you can tune your defenses to suit.
report 45 min. read
Sensor Intel Series: Top CVEs in September 2022

Attack Campaign October 24, 2022
Sensor Intel Series: Top CVEs in September 2022
Learn which CVEs are top of mind for attackers this autumn.
article 9 min. read
How to Pen Test the C-Suite for Cybersecurity Readiness