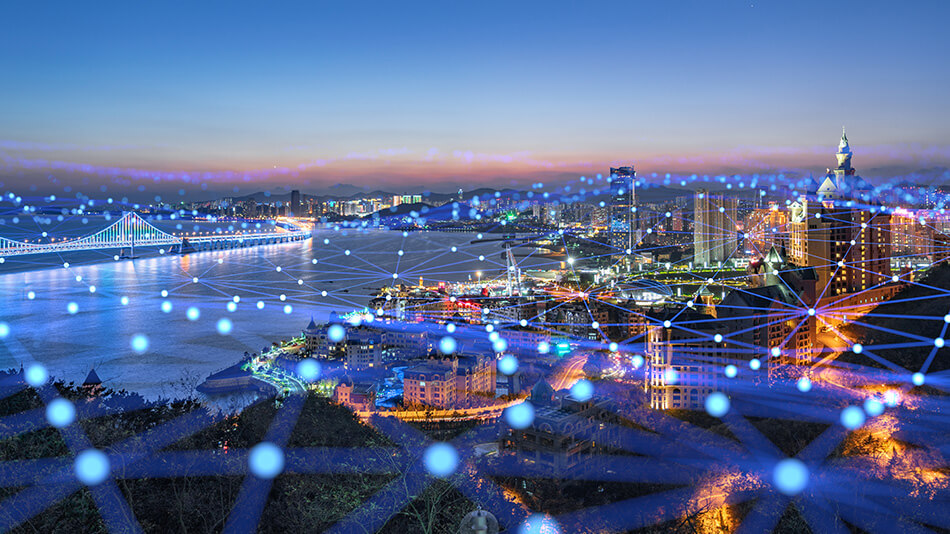 Harnessing the Power of Edge Computing

Read the article
Get the eBook

The introduction of 5G is a catalyst in accelerating the development of millions of new applications. Massive amounts of data-heavy and latency-sensitive applications are being developed, resulting in a movement of subscriber computing to multi-access edge computing (MEC). MEC brings computing, storage, networking, and services closer to applications, devices, and users. It also delivers lower latency and enhanced security, paving the way for innovations in industries ranging from government to healthcare to manufacturing.

A Cloud-Native Architecture Is Vital in an App-Centric World

Service providers continue the 5G journey by building out microservices-based, cloud-native infrastructure from the core to the edge of the network. This cloud-native solution is an evolution of a virtualized network. Dynamically provisioning workloads within a network enables new levels of operational automation, flexibility, and adaptability.

Moving to a cloud-native architecture includes many advantages:

Shifting to Network Disaggregation with a Service-Based Architecture

Service providers are defining and deploying a cloud-native infrastructure across the entire network from the core to the far edge. As defined by the 3rd Generation Partnership Project (3GPP), a Service-Based Architecture (SBA) is a set of interconnected network functions (NFs) that deliver the control plane functionality and common data repositories of a 5G network. Supporting a cloud-native SBA brings new requirements for the control, coordination, and orchestration of disaggregated network functions that are distributed across the network. Network functions are containerized microservices that can support the 5G Core, virtualized radio access network (vRAN), and the N6-LAN network functions.

Cloud-native, service-based architecture introduces a paradigm shift that enables service providers to migrate from a vertical to a horizontal stack implementation. A vertical stack approach increases vendor lock-in and requires that each vendor enables its own infrastructure, increasing complexity.

A cloud-native, service-based architecture has brought about a paradigm shift that enables service providers to migrate from a vertical to a horizontal stack implementation.

Table 1 highlights the key drivers for 5G disaggregation, which enables service providers to realize the complete benefits of a cloud-native infrastructure.[1]

Software design is pegged to fine-grained, isolated, and elastic func­tions (microservices) based on declarative (model-like) DevOps and cloud principles. This is in contrast to physical appliances character­ized by coarse-grained component granularity, linear processes, and a prescriptive/imperative (script-like) model.

Table 1: Drivers for disaggregation in a 5G network[1]

Kubernetes has become the standard for cloud-native architecture container management and orchestration. However, Kubernetes was not designed to host telco network functions (NFs) and their telco specific protocols, such as 5G HTTP/2-REST, Diameter, SIP, GTP, and SCTP.

The challenges that service providers face with Kubernetes include:

F5 provides solutions that address these cloud-native infrastructure challenges and support the networking and security requirements for the vRAN, 5G Core, and enterprise applications. F5 solutions include:

The F5 BIG-IP Next Service Proxy for Kubernetes (SPK) is a unique offering specifically designed to provide a single point of networking and security for Kubernetes and specifically architected for service provider networks. BIG-IP Next SPK provides a single point of networking for the cluster (ingress and egress), reduces the attack surface for greater security, and supports 4G and 5G signaling protocols. BIG-IP Next SPK aligns with Kubernetes design patterns for configuration and orchestration. BIG-IP SPK delivers:

In addition to these features, F5 Carrier-Grade Aspen Mesh provides packet capture capabilities, which standard Kubernetes does not. Packet capture is important for troubleshooting communication issues between CNFs within the cluster and to support governmental requirements such as lawful intercept.

BIG-IP Next SPK and Carrier-Grade Aspen Mesh solve different challenges of using Kubernetes in a 5G cloud-native infrastructure. BIG-IP Next SPK meets the need for multi-protocol signaling support, security, and visibility of traffic ingressing and egressing the Kubernetes cluster, while Carrier-Grade Aspen Mesh addresses communication between CNFs. Both are critical to the deployment of a 5G cloud-native infrastructure.

5G networks deliver dynamic applications that can be deployed at the core data center, edge, and far edge. Network functions that used to be located in the S/Gi-LAN in 4G are now service-based CNFs that can move to the location of the applications.

To meet service provider needs, F5 provides the industry’s most comprehensive set of N6 services in a consolidated and virtualized solution. Consolidating and virtualizing N6 services can result in up to a 60% reduction in capital and operating expenditures—while boosting performance and lowering latency.2

The F5 N6 services solution integrates a wide range of services from security to video optimization into a single platform. Service expansion is simplified, and the unified framework ensures there is a common technology to help service providers optimize their network and transition to 5G.

F5’s N6 LAN network functions may be consumed as hardware appliances, VNFs, or CNFs, allowing the service provider to choose the best deployment solution for the use case.

Figure 5b: F5 simplifies the design, deployment, and operation of critical N6 services

With F5 N6 solutions and services, service providers can:

5G delivers more connection points, higher throughput, and new protocols that increase the number of security attack surfaces. Comprehensive security is required throughout the network, including at the core, edge, and far edge. F5 security tools include:

F5 Advanced Web Application Firewall (WAF): Protects apps with behavioral analytics, proactive bot defense, and application-layer encryption of sensitive data. Defends against the most prevalent attacks against apps without requiring updates to the apps themselves.

Why Use Service Provider 5G Solutions from F5

Smooth the transition to 5G
Maintain the 4G infrastructure and foster interoperability with Kubernetes and the 5G Core with help from F5 that includes:

Build a cloud-native, container-based architecture by leveraging Kubernetes and advanced security. With F5, service providers can:

Gain service-provider-related functionality for the control and visibility that are critical for transitioning to 5G with Kubernetes containers. F5 delivers:

5G networks are poised to deliver high bandwidth, low latency, and faster performance—both driving and enabling application innovation and new business models. To deliver cost-effective 5G performance, service providers are taking advantage of the microservices-based, cloud-native containerized architecture already in use by enterprises. These new solutions give service providers the ability to dynamically place workloads within a network and build out their MEC platform to support the next generation of applications.

Harnessing the Power of Edge Computing

Read the article
Get the eBook

Read about the security, visibility, and control you need to protect your 5G network—and enable the adaptive applications key to the future of 5G.

Fast Track to the 5G Edge

See how N6-LAN consolidation can help service providers enhance the quality of experience and lower total cost of ownership during the migration to 5G.