Derek Smith joined F5 in 2020 as the Senior Vice President and General Manager of Shape Security.

Previously, Smith served as CEO and Co-founder of Shape Security Inc., which he co-founded in 2011 to protect the largest banks, airlines, retailers, and government agencies from fraud, abuse and other sophisticated attacks.

Before founding Shape, Smith was Senior Advisor for Cyber-Policy at the Office of the Secretary of Defense at the U.S. Department of Defense. He joined the government agency from Raytheon, the global defense contractor, where he served as VP of Cyber-Security after the company acquired Oakley Networks in 2007. Smith founded Oakley Networks in 2001, having developed the first data-leakage protection and insider threat network security technology, which is now deployed throughout the  U.S. Department of Defense, the U.S. intelligence community, and the Fortune 500. 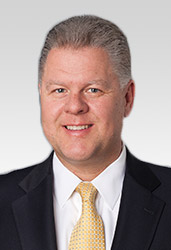