It will come as no surprise to anyone reading this that more and more confidential services are being accessed via mobile devices. In 2021, global revenue from mobile apps was projected at more than US $133 billion. All this revenue is driven by the fact that 92.6 percent of global internet users use a mobile device to access the internet.

In many cases, the data processed by mobile services and apps is very sensitive and in great need of protection. At the same time, however, mobile operating systems (OS) are often considered untrusted execution environments that are open to arbitrary vulnerabilities (and, too often, already infected with malicious code).

Across every type of environment—financial services, gaming, connected healthcare, IoT, eGovernment, and many more—F5 works behind the scenes to secure applications, data, devices, and the networks on which they run. For developers of mobile apps, that protection is dramatically eased and accelerated when F5 Distributed Cloud Bot Defense is paired with the Promon SDK Integrator for fast and seamless application protection.

Bots are autonomous programs designed to generate requests that mimic real users at scale. Companies of every size can be impacted by bot attacks that attempt to infiltrate by way of account takeover (ATO), compromised credentials, unauthorized scraping, and more. Distributed Cloud Bot Defense was created to battle these bots and mitigate the damage they can cause.

As noted by F5 Labs, “…Cyberattacks are the easiest and most untraceable way to deny, disrupt, degrade, or destroy an organization.” And the damage from these attacks is very real:

Protect Your Apps—Quickly and Easily

With the F5 and Promon partnership, customers can quickly and easily implement the full functionality of Distributed Cloud Bot Defense for mobile apps through Promon’s no-code, hassle-free SDK integration platform. This means that Android and iOS apps can be quickly secured (within minutes) without touching the app code. Once secured, the app is immediately ready for distribution via public app stores.

Bots are a primary means by which criminals and fraudsters try to infiltrate origin servers, with bot traffic often originating on compromised mobile devices or emulated endpoints. When Distributed Cloud Bot Defense is integrated into the mobile app, customers have a powerful line of defense against this type of infiltration. Security at the mobile app is the first line of defense. 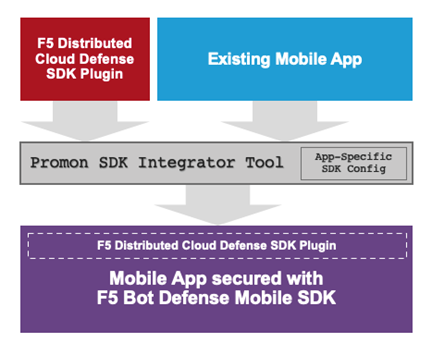 Customers can also benefit from the fact that in addition to quickly enabling Distributed Cloud Bot Defense, Promon SHIELD™ can also enable its own set of comprehensive app shielding solutions against attempts to spoof your app, tamper with its security controls, or perform other nefarious activities. Promon SHIELD is a best-in-class shielding solution that protects your code at rest (guarding against reverse engineering, obfuscation, and repackaging) and during runtime (for comprehensive malware protection against trojans, code injection, hooking, overlay attacks, keylogging, debugging, and more). Accordingly, the combined and complementary solution makes it easy to protect both the server application, using Distributed Cloud Bot Defense, and the mobile app, using Promon SHIELD. 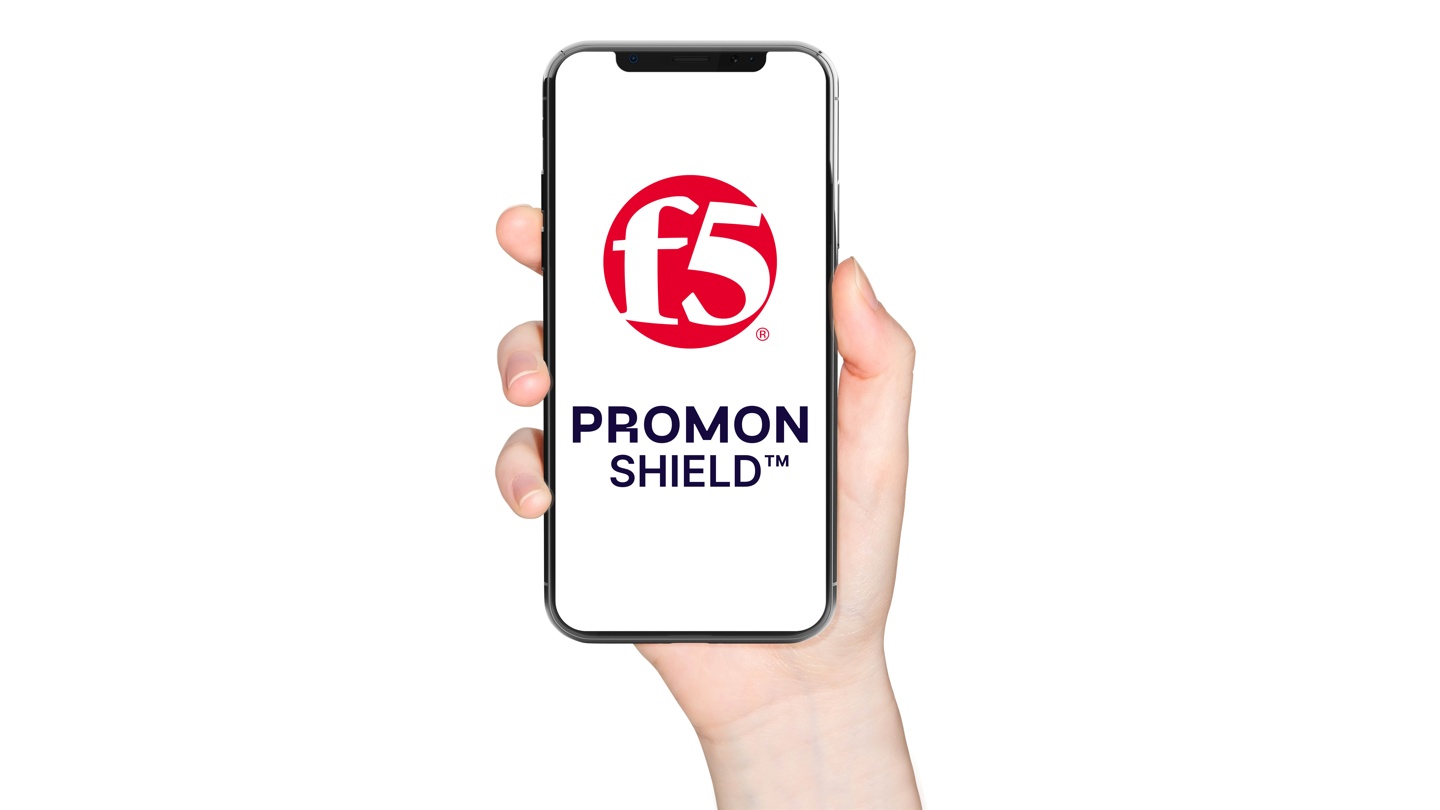 “F5 and Promon have partnered to deliver unique industry-leading mobile app security and app shielding,” said Rupert Young, Head of Product, Fraud and Risk at F5. “Through Promon’s SDK Integrator, customers can now protect their mobile apps with F5’s SDK within minutes. Not to mention that customers can easily add the leading app shielding from Promon SHIELD to harden their mobile apps at rest and protect against runtime attacks. The complementary solution is a no-brainer for joint customers who want to provide maximum protection at the origin with F5 and the mobile app with Promon.” 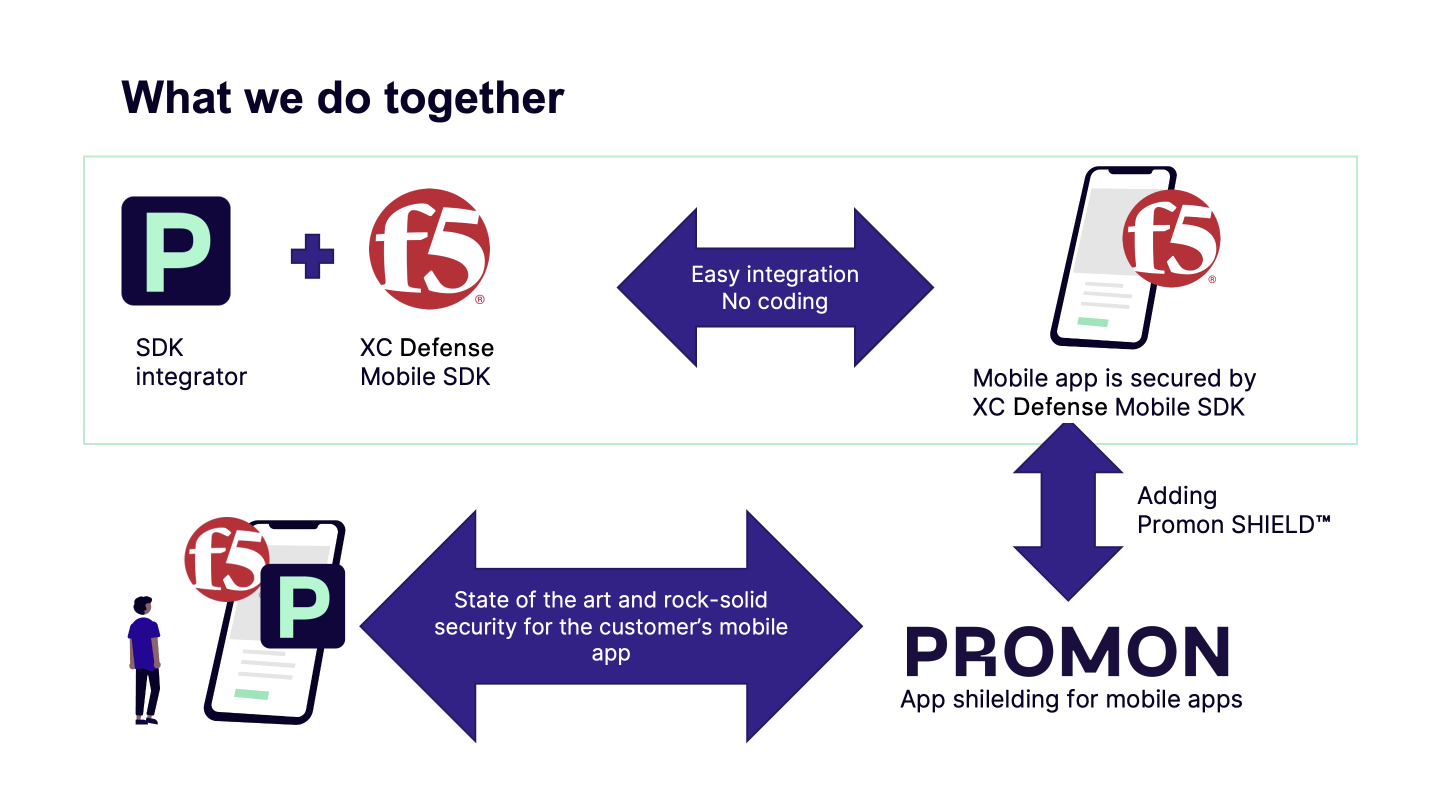 Read this companion blog post to learn more about this new solution from Promon.