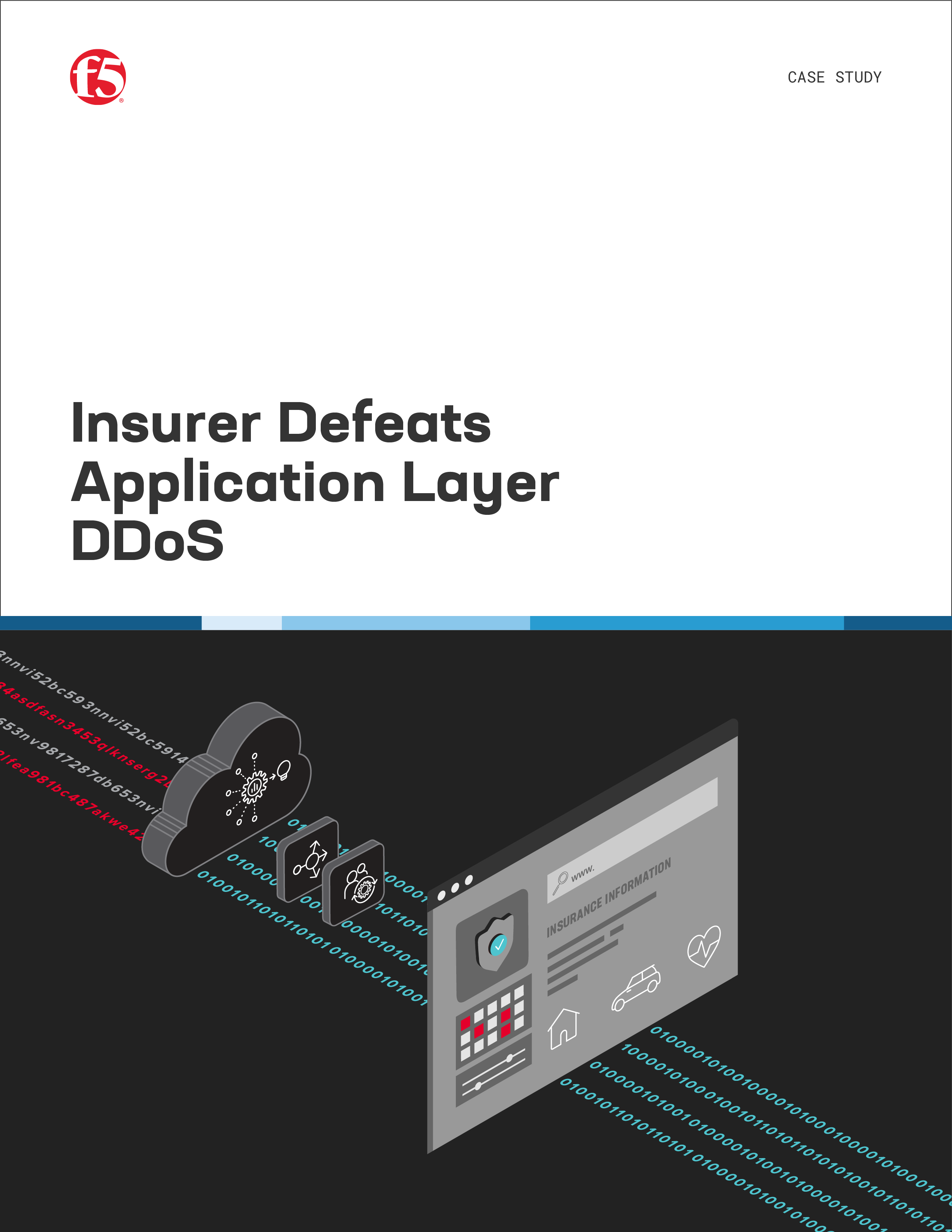 Network DDoS solutions are effective against high-volume attacks at lower layers of the application stack.

Recently, an attacker flooded the search function with queries for multiple days. The resulting application layer distributed denial-of-service (DDoS) caused the search function to fail and prevented members from using it. Other sections of the website also failed since web server resources are shared across website elements.

Cybercriminals often use DDoS attacks to extort targets or to mask other concurrent attacks. In this case, the attacker did not contact the company. However, F5 researchers observed low-level automated scraping activities occurring at the same time as the DDoS attack, indicating the DDoS attack may have been a diversionary tactic.‍

The insurer’s system architecture includes load balancers, DDoS defenses, web servers, application servers, and databases in a typical web services architecture. The adversary used a simple command line tool to exercise the search function at a rate sufficient to cause it to fail.

The attack, which appeared to come from thousands of unique IP addresses, targeted the application server with search queries that arrived at a rate high enough to overload the application server. But because the searches appeared to come from thousands of hosts, each host’s query rate was low enough to evade network-layer DDoS detection.

Network DDoS solutions are effective against high-volume attacks at lower layers of the application stack. They can also protect against certain attacks that rely on malformed traffic or connections that deviate from protocol norms. However, they are ineffective against attacks designed to look exactly like legitimate traffic.

The attacker’s search queries were well-formed at layers three and four, conformed to all relevant protocols, and interacted with the website’s search function as a human user would. As a consequence, the attack evaded the enterprise’s existing DDoS protections

Distributed Cloud Bot Defense, which recognizes automated traffic at any level and from any source, deflected all automated requests to the search function. The attacker continued to direct traffic at the site, but since this traffic was deflected and no longer reached the origin servers, site operations returned to normal.