How To Secure APIs and Third-Party Integrations

Protect the Fabric of Your Digital Business 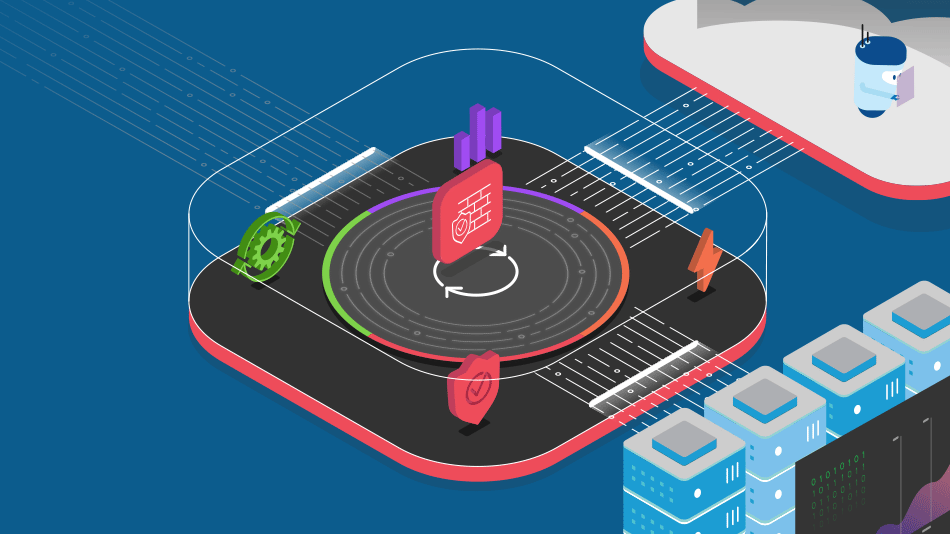 APIs are the foundation of modern applications. By enabling disparate systems to work collectively, APIs can speed time to market and deliver improved user experiences by leveraging vast third-party ecosystems. The flipside is that the skyrocketing use of APIs has decentralized architecture and introduced unknown risks. This makes securing apps and APIs even tougher, which in turn makes them extremely attractive to attackers. As organizations continue to modernize their app portfolio and innovate in the new digital economy, the number of APIs is projected to reach one billion by 2031.

High security effectiveness that mitigates risk from vulnerabilities and abuse.

Visibility and control for all architectures, clouds, and the edge.

There may be more than one billion APIs to secure by 2031.

Understanding the Challenges and Potential Risks of APIs

API sprawl from a constantly expanding fabric of endpoints and integrations makes it impractical for security teams to identify and protect critical business logic using manual methods. APIs are increasingly distributed across heterogenous infrastructures, outside the realm of centralized security controls. Additionally, because application development teams move swiftly to innovate, API calls can end up hidden deep within business logic, making them difficult to identify.

With such speed, security is often left behind. Sometimes security is simply overlooked in the design of APIs themselves. Often security is considered, but policy becomes misconfigured due to the nuanced complexity of maintaining application deployments that span multiple clouds and architectures.

Since APIs are designed for machine-to-machine data exchange, many APIs represent a direct route to sensitive data, often without the same risk controls as input validation on user-facing web forms. Yet these endpoints are subject to the same attacks that plague web apps; namely exploits and abuse that lead to data breach and fraud.

Not only should API endpoints be evaluated with the same risk controls as web applications, additional considerations are required to mitigate unintended risk from shadow APIs and third-party integrations.

The attack surface ramifications of API-first architectures are still not widely understood.

APIs are subject to the same attacks as web apps

API security incidents have been the cause for some of the highest-profile data breaches, as APIs are susceptible to many of the same attacks known to target web applications, including vulnerability exploits and abuse from bots and malicious automation:

Applications have moved toward an increasingly distributed and decentralized model, with APIs serving as the interconnection. Mobile apps and third-party integrations that increase business value have become table stakes for successfully competing in an online world. F5 Labs research shows that the number of API security incidents is growing every year, and despite the pervasive use of APIs, the attack surface ramifications of API-first architectures are still not widely understood.

Risk increases when APIs become widely distributed without a holistic governance strategy. This risk is exacerbated by a continuous application lifecycle process where applications and APIs are constantly changing over time.

The variety of interfaces and potential risk exposure means security teams need to protect the front door as well as all windows that represent the building blocks of modern apps.

This continuous and automated protection results in highly calibrated policies that can be applied consistently across all architectures for all APIs—mitigating exploits, deterring bots and abuse that lead to fraud, and enforcing schema and access control.

Enterprises need to modernize their legacy apps, while simultaneously developing new user experiences by leveraging modern architectures and third-party integrations. A holistic governance strategy that protects APIs from the core to the cloud to the edge supports digital transformation while reducing known and unknown risks.

Create and enforce a positive security model from OpenAPI specifications.

F5 security runs in the form factor best suited for your application architectures and operational control requirements—from self-managed solutions that provide granular control in the data center and private/public cloud, to a cloud-delivered as a Service platform that reduces complexity with integrated and easy-to-operate security, to managed services that extend your security and fraud teams with 24x7x365 SOC oversight.

F5 solutions protect APIs across the entire enterprise portfolio with effective and consistent security that mitigates vulnerability exploits, bots and abuse, and risk from third-party integrations across clouds and architectures.

To learn more, contact your F5 representative, or visit F5.

See how our API Security solution works with F5 simulators.

Speak to an expert to have a technical conversation and start a trial.