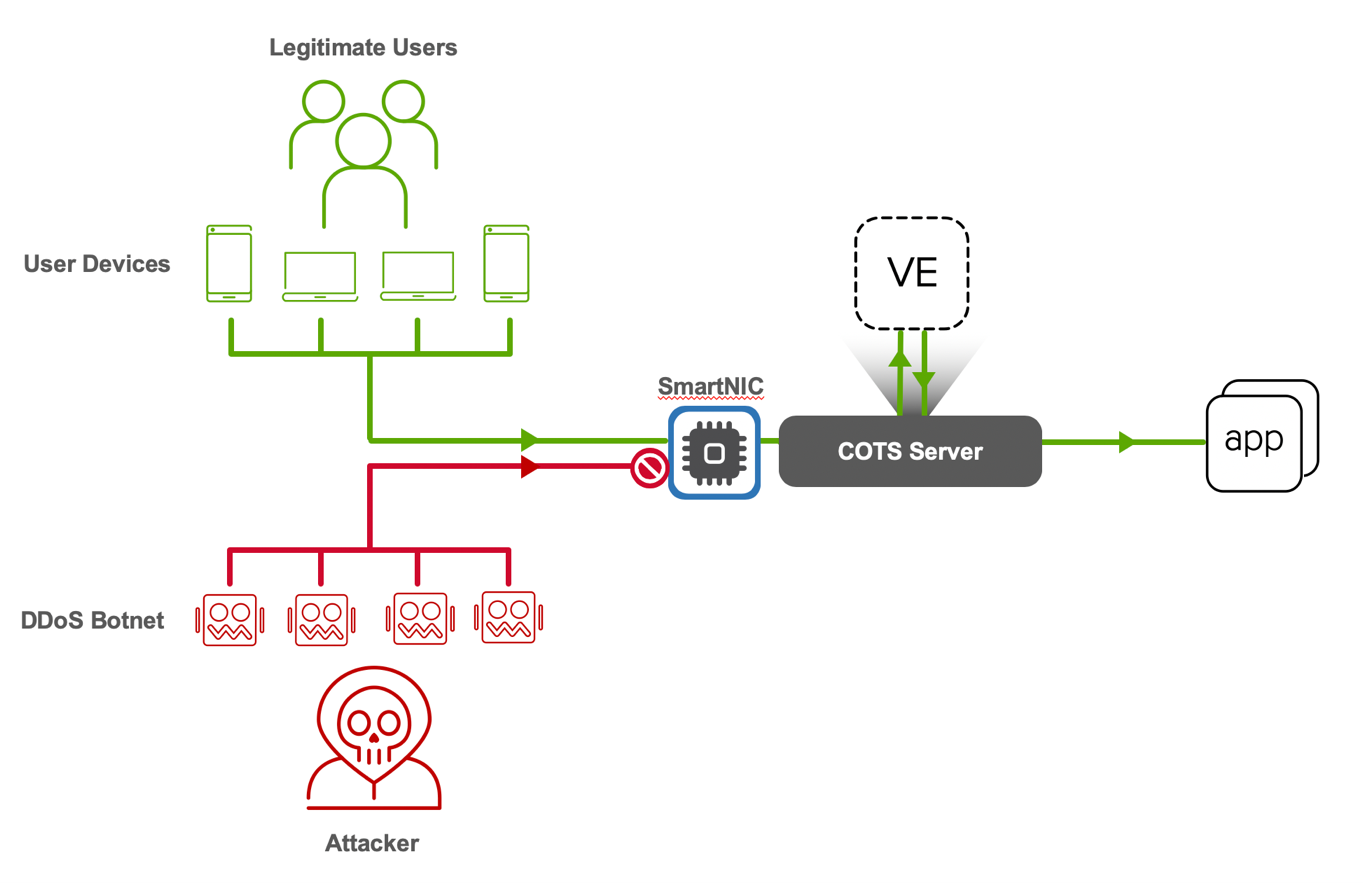 As a pioneer in the multi-cloud application services space, F5 is the first to exploit SmartNIC technology to strengthen its virtual DDoS solution. By applying network threat intelligence, machine learning, packet-based analysis and allow listing within the SmartNIC, this innovative solution can more efficiently block network attacks and keep pace with evolving threat landscapes while accelerating your software-first strategy. And for those concerned about adding another bump-in-the-wire, the inspection and removal of malicious packets within the SmartNIC occurs at line rate—ensuring there’s no detrimental impact on latency or user experience.