Credential Stuffing:
An attack in which bad actors test credentials that have been stolen from third parties en masse on a target login application. Because of password reuse, 0.5%–2% of a stolen credential list will typically be valid on a target site.

Bad actors were performing credential stuffing attacks on all possible channels: both the Canadian and U.S. websites, mobile apps, and even OFX API endpoints. Not only were the attacks leading to account takeover fraud losses, but the sheer volume of attacks also put significant strain on the Bank’s infrastructure. The bank was experiencing rolling outages on both their Canadian and U.S. websites, which prevented customers from accessing their accounts. These service outages were unacceptable to the Bank’s leadership, so the security team was determined to find a solution.‍

A group of employees are spending 100% of their time tuning our current vendor’s solution, trying to keep up with the attacks. We need someone to fight the attackers for us.

In observation mode, Distributed Cloud Bot Defense found that nearly 1 out of 10 login attempts were malicious. The Bank was immediately impressed with the service's detection capabilities and the level of insight provided by the Intelligence team during regular briefings.

Distributed Cloud Bot Defense can not only distinguish between malicious and legitimate login traffic, but can also group requests into different attack groups (“campaigns”) for analysis. If an attack group tries to bypass it by retooling, e.g., updating software or leveraging new proxies, the service still correctly identifies the attack groups based on hundreds of other signals.

During the first week of deployment, Distributed Cloud Bot Defense identified four separate campaigns and tracked each of their credential stuffing activity.

After receiving inadequate help from their existing vendor, the CISO of the Bank personally called F5 with a request: transition from Observation Mode to Mitigation Mode weeks ahead of schedule to stop the debilitating attack. The F5 Professional Services team went to work—within a few hours, Distributed Cloud Bot Defense was configured and deployed in mitigation mode on the Bank’s Canadian sites. 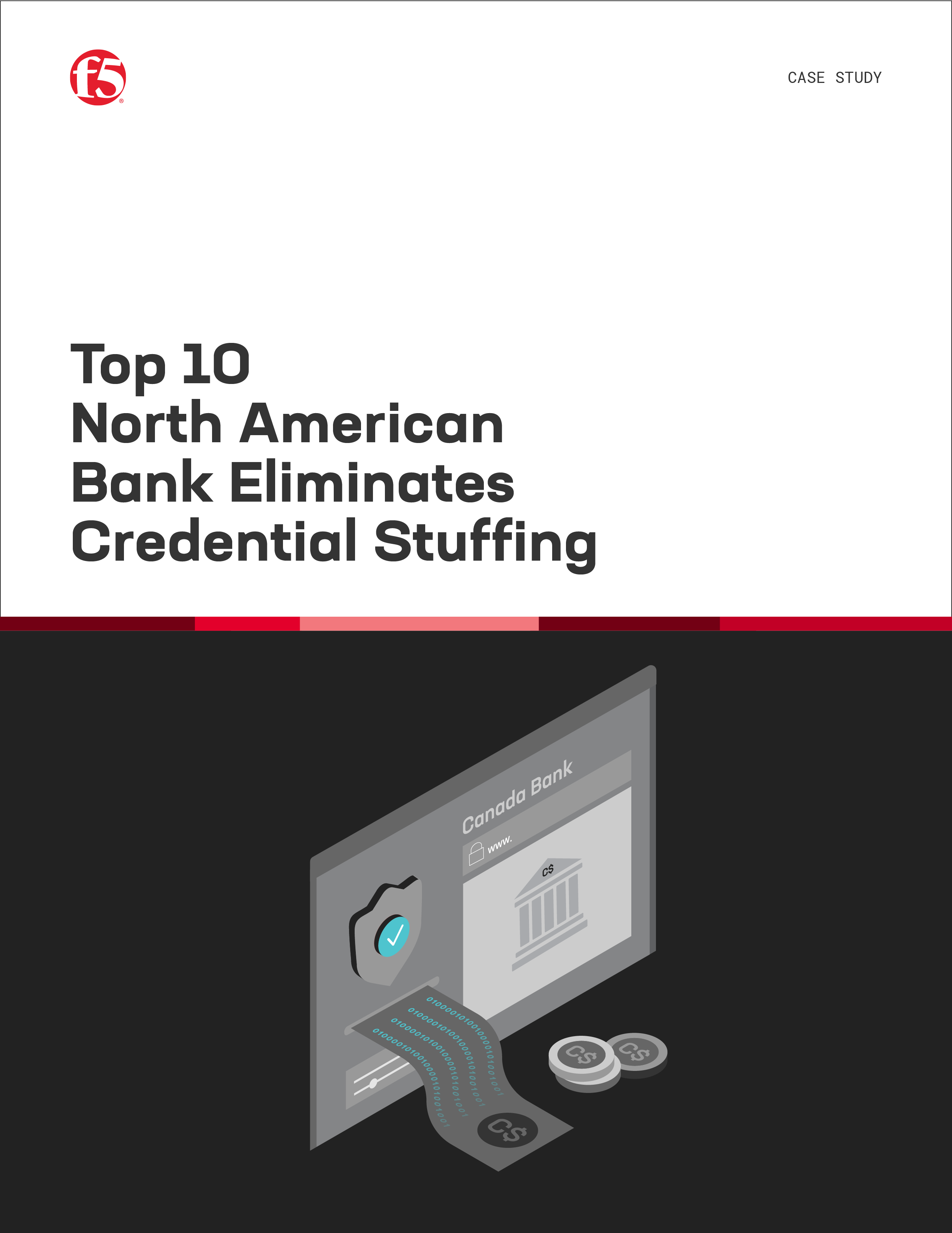 How the Bank Is Benefiting from Distributed Cloud Bot Defense